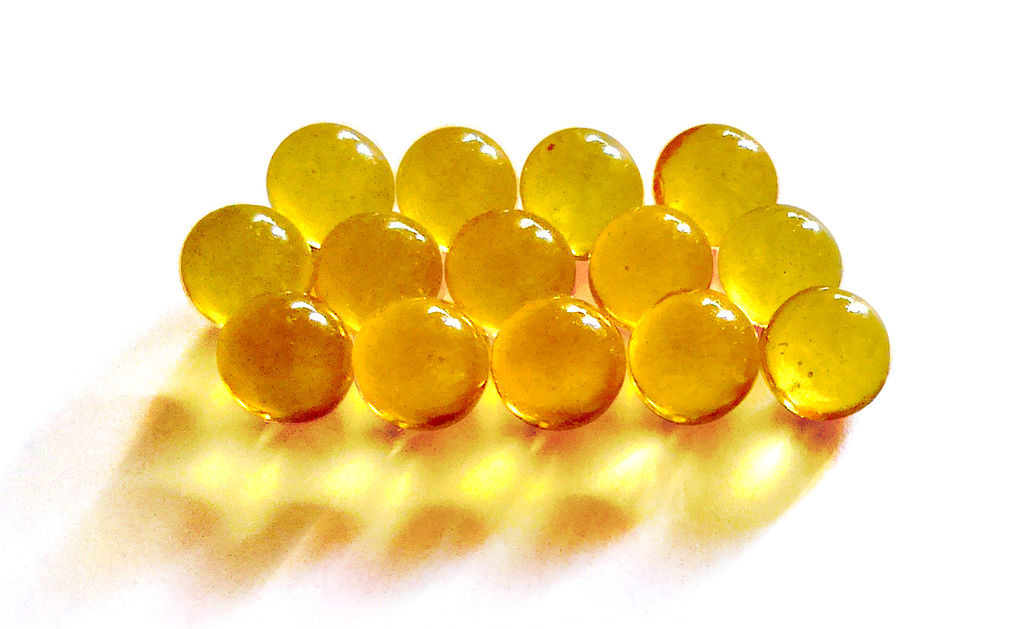 We only need about one gram each of omega-6 and omega-3 oils. We need to strip out the omega-6 oils to the point where we are only consuming a couple of grams a day at most, and we need to make sure we get at least one gram a day of omega-3 oils. Eating oily fish every day will help you boost your intake of omega-3. ~Paleo in a Nutshell p.41

Good oils share the top of the pyramid, and should be eaten sparingly to reap their health benefits. ... These include oily fish and canola (rapeseed) oil. ~Paleo in a Nutshell p.48

Use 1 tablespoons of “Green-Green” oil at least seven times a week. ~Paleo in a Nutshell p.103

Restrict total fats and oils consumption to 5 tablespoons (80 ml) per day. ~Paleo in a Nutshell p.103

... our modern industrial diets are starved of such omega-3 fish oils, whereas the Eskimo has a superabundance of them. ~Paleo in a Nutshell p.120

Traditionally, the Japanese are Buddhists and, as such, they did not eat animals at all. However, they did eat fish, often raw. By Western standards, it was a high consumption, around 90 g (3.15 oz) per person per day (four times as much as the average American). From this, they got a high consumption of omega-3 fish oil, notably the essential fatty acid eicosapentaenoic acid (EPA). ~Paleo in a Nutshell p.121

Those who have good levels of the omega-3 oils, whether fish oils or alpha-linolenic acid (ALA), have a lower risk of breast cancer. ~Deadly Harvest p.234

Many studies and trials show that when patients consume a normalized intake of essential fatty acids, their schizophrenia is improved. That is, consumption of omega-3 oils is increased and omega-6 oils are sharply reduced to bring them into balance. One of the fish oils, EPA (eicosapentaenoic acid), seems to play a crucial role. ~Deadly Harvest p.258

Studies on Eskimos demonstrate that a high consumption of omega-3 fatty acids (in their case, mainly from fish oils) improve insulin sensitivity and glucose tolerance. These confirm other studies suggesting that insulin sensitivity is improved when omega-3 intake is increased. Follow the Savanna Model and make sure you have the omega-6 to omega-3 intakes in balance. ~Deadly Harvest p.266

Also in the 18* century, it was found that rickets, a bone disease common in poor parts of cities, could be cured by the consumption of cod liver oil. We now know that rickets is caused by a deficiency of vitamin D. ~Deadly Harvest p.44