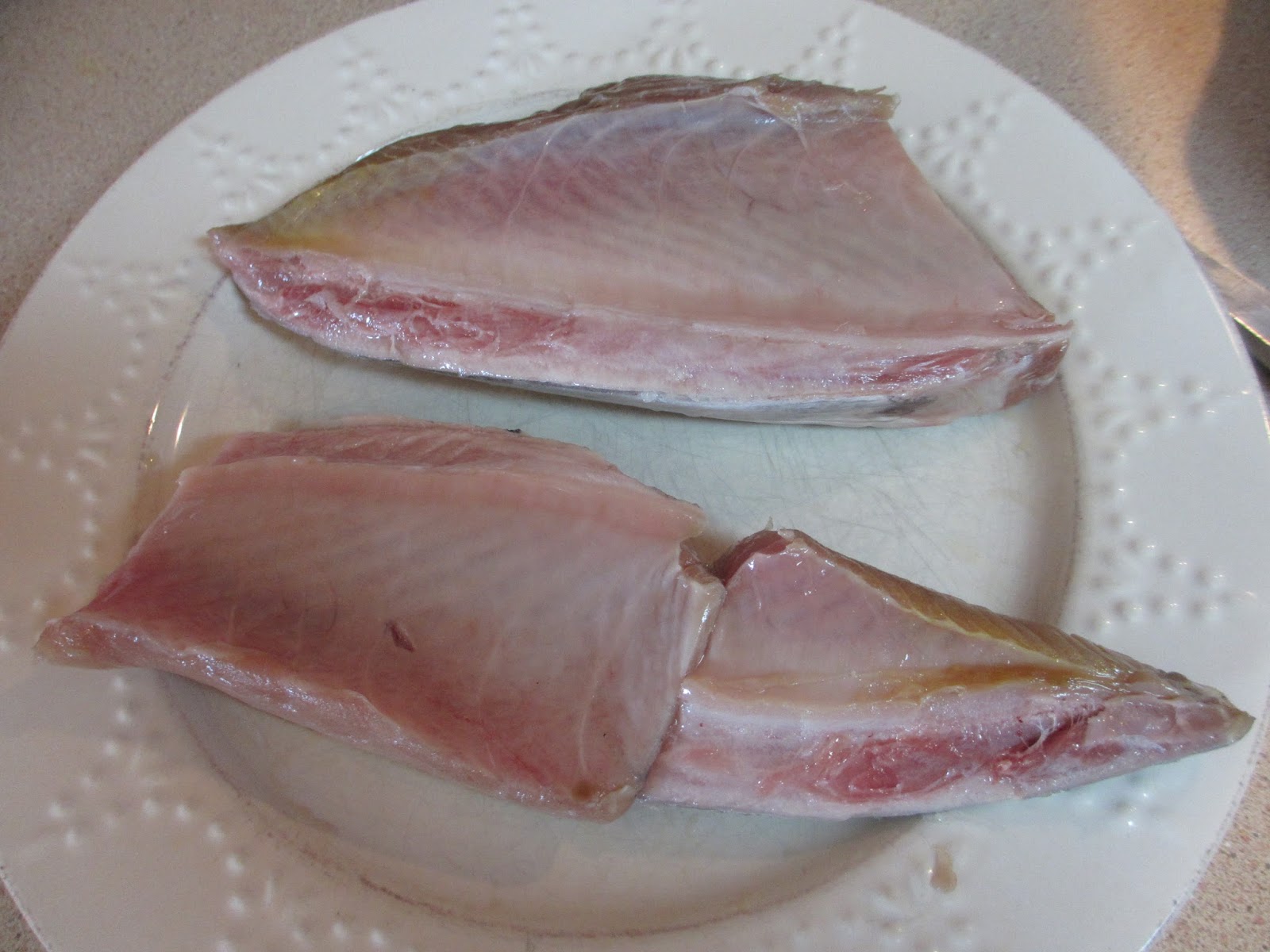 A suitable choice for lunch is a mixed salad, and an appropriate quantity might be 12 oz. Weigh foods until you are used to estimating the quantities by eye— it's larger than you are used to. Get in the habit of thinking that a salad is often in two parts: The salad vegetables, comprised uniquely of foods from Food Group 3 (Non-starchy Vegetables), and some additions of protein-rich foods from Food Group 6 (Meat, Poultry, Eggs, and Fish). You can add tuna or chicken breast, for example, to the salad or eat as a side dish. Use a simple homemade vinaigrette of mustard, olive oil, lemon juice, and vinegar. ~Paleo in a Nutshell p.88

For children/adolescents, Have stocks of oily fish like canned salmon, sardines, and tuna. ~Paleo in a Nutshell p.107

Up until the 1970s, virtually the only fish on our plates were ones caught in the wild. Now, we have seen the huge volume of fish, notably salmon and trout, that are produced by fish farms. Even so, most other species that we find in our supermarkets (fresh, frozen, or canned) are still wild. Cod, halibut, tuna, sardine, plaice, mackerel, pollock, herring, and many others, for the time being at least, are all caught in the wild. We can say that many of them conform to the Savanna Model while the others, if not conforming, are certainly not harmful. ~Deadly Harvest p.63

Omega-3 EFAs are found in plants and animal matter. In plants, the most common form is alpha-linolenic acid (ALA), found particularly in walnuts, flaxseed, hempseed, and rapeseed (canola oil). In animals, omega-3 oils are particularly found in "oily" fish, such as sardines, salmon, trout, and tuna. ~Deadly Harvest p.104

Some species of oily fish contain high levels of omega-3 oils as well, particularly wild salmon, sardines, herring, mackerel, tuna, and wild trout. Here, we have another secret to the long-lived and healthy Cretans and Japanese— their diets were rich in fish, many of them oily species. The Okinawans were eating 144 g (5 ounces) per day, six times the average American consumption. ~Deadly Harvest p.129