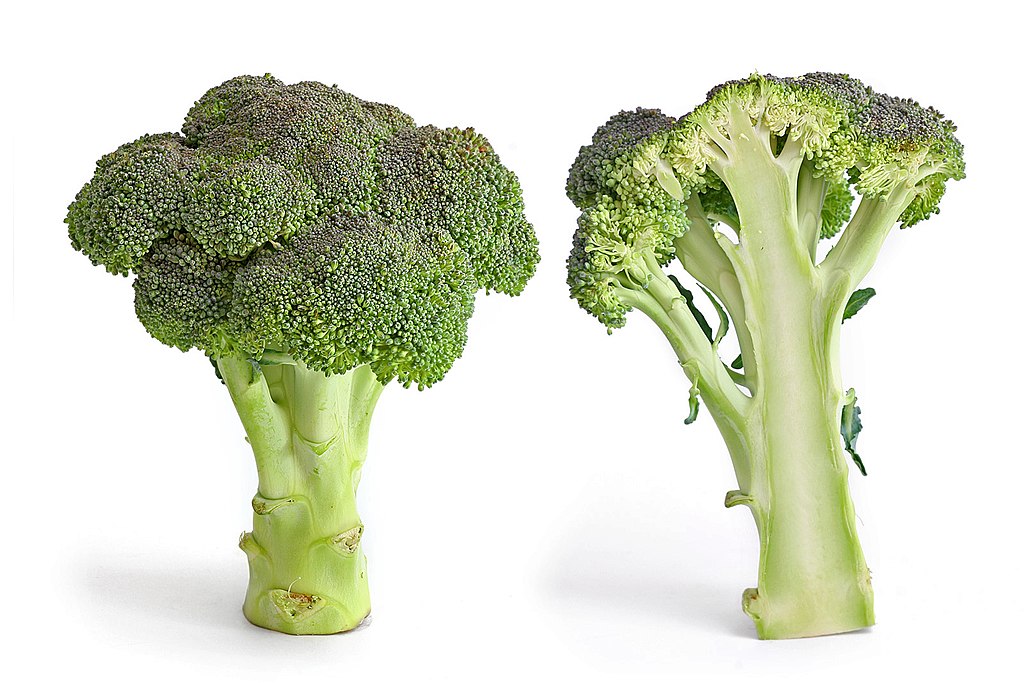 Low-starch vegetables should be served five times daily. These are the usual items we call vegetables, such as green beans, broccoli, and kale— with the exception of potato, of course. We should also go easy on sweet potato, carrots, and peas, which are starchy-sugary and moderately glycemic. ~Paleo in a Nutshell p.48

Salt, until very recent times, was a scarce commodity. In our ancestral homeland, it was unknown. Humans and other creatures only absorbed sodium from what was innate to the food they were eating. For example, uncooked broccoli contains, quite naturally, 27 mg of sodium per 100 g. Similarly, it contains 325 mg of potassium per 100 g. This ratio (about 1 to 12) of sodium to potassium is of fundamental importance for our body cells to function properly. ~Paleo in a Nutshell p.55

Through the afternoon, you may begin to feel hungry. Keep ready prepared in your fridge some raw broccoli, cauliflower, and baby carrots, and also have some containers of preservative-free dips, such as guacamole. ~Paleo in a Nutshell p.89

Dinner involves the same decision-making process as at lunch time. This time you decide to do some cooking. Maybe 12 oz per person of stir-fried vegetables accompanied by two eggs, any style. Or a grilled trout with a head of steamed broccoli. It's as easy as that. ~Paleo in a Nutshell p.89

At a restaurant, If green beans, broccoli, spinach, or any other green vegetable is available, ask for double portions. ~Paleo in a Nutshell p.90

With regard to plant food, it is always best to eat it as soon as possible after harvesting and to eat it raw. That is why we put the emphasis on the consumption of salads and for them to be as fresh as possible. Be imaginative—many vegetables can form part of a mixed salad, including chopped broccoli, cauliflower, cabbage, zucchini, and leeks. ~Paleo in a Nutshell p.91

The best method for cooking vegetables is steaming or blanching. For example, you can cook broccoli florets in boiling water for three minutes, which will minimize nutrient loss. Microwave steaming is acceptable, although it is more aggressive on nutrient loss. ~Paleo in a Nutshell p.91

The U.S. Department of Agriculture (USDA) does not subdivide its Vegetable Group: they classify french fries and ketchup as vegetables just like lettuce and broccoli. As this example shows, it does indeed make a difference just what kind of vegetable we are eating— not all "vegetables" conform to the type of plant food to which we are naturally adapted. ~Deadly Harvest p.54

Abnormal testosterone production is a major risk factor for prostate cancer. Some compounds, such as lignans, lock up testosterone and stop it from creating damage. Lignans are a kind of plant fiber. The highest concentrations of lignans are found in flaxseed, followed by squash, broccoli, carrots, and asparagus. ~Deadly Harvest p.236