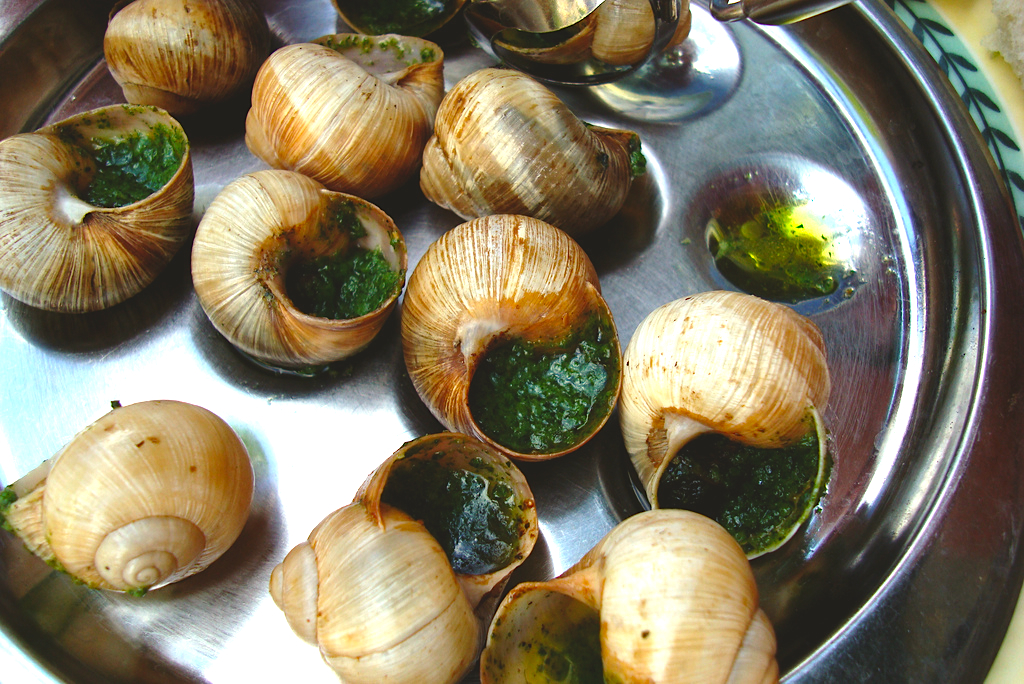 Escargots (snails) is a Green food. Green foods are safe to eat as a regular part of a diet.

At the U.S. Department of Agriculture (USDA), meat is the term applied to the flesh of domesticated mammals, such as cattle, pig, and sheep. More conventionally, this is known as "red meat," which is the designation used here. Similarly, "game" refers to the flesh of any wild land animal, such as wild boar or pheasant. "White meat" refers to flesh taken from domesticated birds, such as chickens, and "seafood" refers to fish and shellfish. We will look at both wild and domesticated sources of animal products. The USDA does not include certain classes of animal foods that were common in our ancestors' diet— the "exotic" categories of reptiles, worms, insects, and gastropods (snails and slugs). ~Deadly Harvest p.58