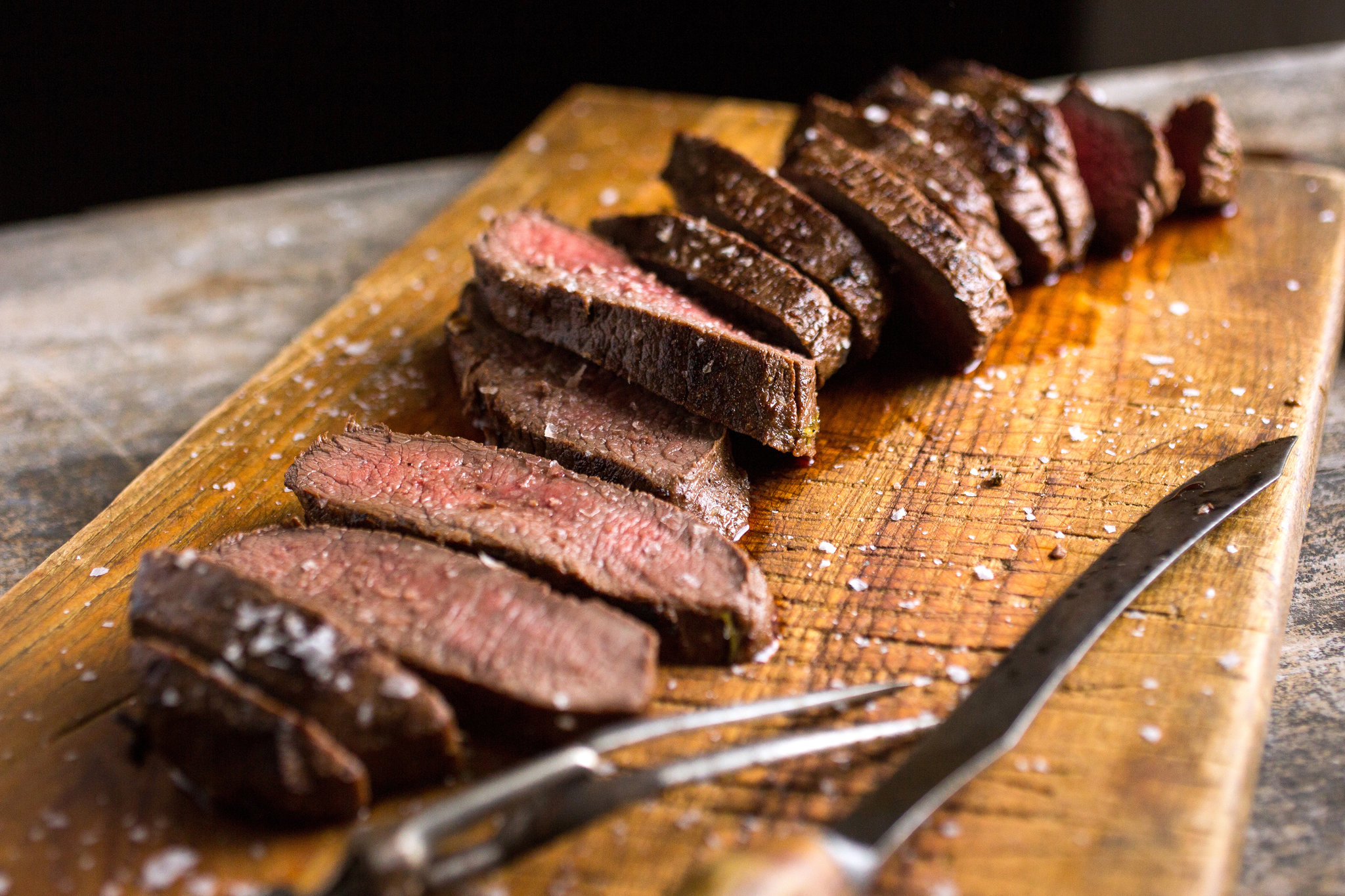 Deer (venison) is a Green food. Green foods are safe to eat as a regular part of a diet.

We are beginning to see the introduction of some "managed" wild animals on the market, such as venison (from deer), kangaroo, antelope, and bison (Plains buffalo). These creatures are not strictly speaking domesticated— they breed according to their own inclinations and are allowed to roam relatively freely on a range that closely resembles their natural habitat. Their numbers are culled in a sustainable way and their meat is introduced into the food chain. The American researcher Loren Cordain considers that the meat from these animals is similar to the Savanna Model, with the proviso that they browse the naturally occurring vegetation and are not given commercial feed. ~Paleo in a Nutshell p.59

30,000 years ago, the Cro-Magnons of Europe ate fish, turtles, shellfish, and birds. Meanwhile the Neanderthals, who lived alongside them, ate reindeer, mammoth, and other large herbivores. ~Deadly Harvest p.22

The amount of wild meat that the average person in the developed world consumes in a year is close to zero. However, both in North America and in parts of Europe, the hunting of wild animals is still possible on a controlled, recreational basis. In this way, the meat of bear, moose, caribou, deer, wild boar, elk, and similar creatures enters the diets of some hunters' families and the diners at specialist restaurants. This meat corresponds quite closely to the hunted big game of the Savanna Model. The same applies to small game such as the squirrel, hare, and rabbit. ~Deadly Harvest p.59