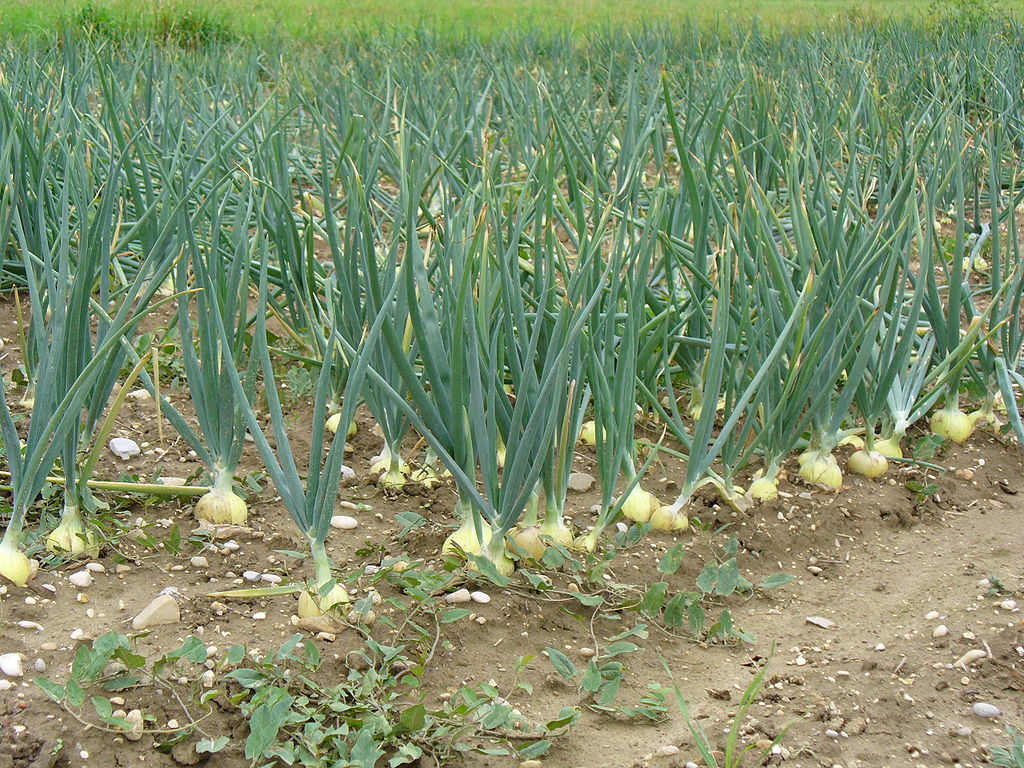 Onion is a Green food. Green foods are safe to eat as a regular part of a diet.

Old-Fashioned Haddock Breakfast. This used to be a good standby in many parts of the English-speaking world. Many people are old enough to remember, perhaps, when their grandparents used to eat like this. They would lightly poach a piece of haddock (or kipper or any other appropriate fish) in simmering water for about five minutes. They would accompany it with lashings of sauteed onion, grilled tomatoes, and mushrooms. ~Paleo in a Nutshell p.88

"Fresh is best" is a familiar slogan and it is good for us, too. However, that is not always possible, so how do we prioritize? Broadly speaking, the "least bad" alternative to fresh plant food is frozen. Frozen plant foods, such as cauliflower, spinach, and chopped onion, have been quickly prepared in the field, and then blanched and frozen nearby. Blanching is designed to destroy certain enzymes that cause discoloration, softening, and bruising. It is likely that these are background micronutrients that are useful to the human body and become lost in the blanching process. So, here we make a compromise: In the absence of an alternative, freezing is the least of all evils. ~Paleo in a Nutshell p.92

The other methods of preserving plant food are to be avoided: Freeze-dried (packet soups), canned (peas, green beans), pickled in salt (gherkins), syruped (fruit jams and jellies), and fermented (sauerkraut). That is not to say you can never eat these things, just do not think that they are proper food. Foods pickled in vinegar (such as onions) have lost many nutrients, but at least the pickling does not add undesirable chemicals. ~Paleo in a Nutshell p.92

As biologist-historian Jared Diamond points out, only a few varieties of plants in the world lend themselves to being farmed and the farmer had little choice but to focus his efforts on those few. This practical reality greatly reduces the variety of foods eaten. So, it was for our first planters in Kurdistan. Instead of consuming plants from the hundreds of wild, foraged species, the farmers' diet was now limited mostly to just four farmed species— wheat, barley, lentils, and beans. As the centuries rolled by, farmers gradually domesticated some fruits (such as apricot and apple) and vegetables (such as onion and leeks), but they remained a tiny part of the diet. ~Deadly Harvest p.31

Foods pickled in vinegar (such as onions) have lost many nutrients, but at least the pickling does not add undesirable chemicals. ~Deadly Harvest p.166