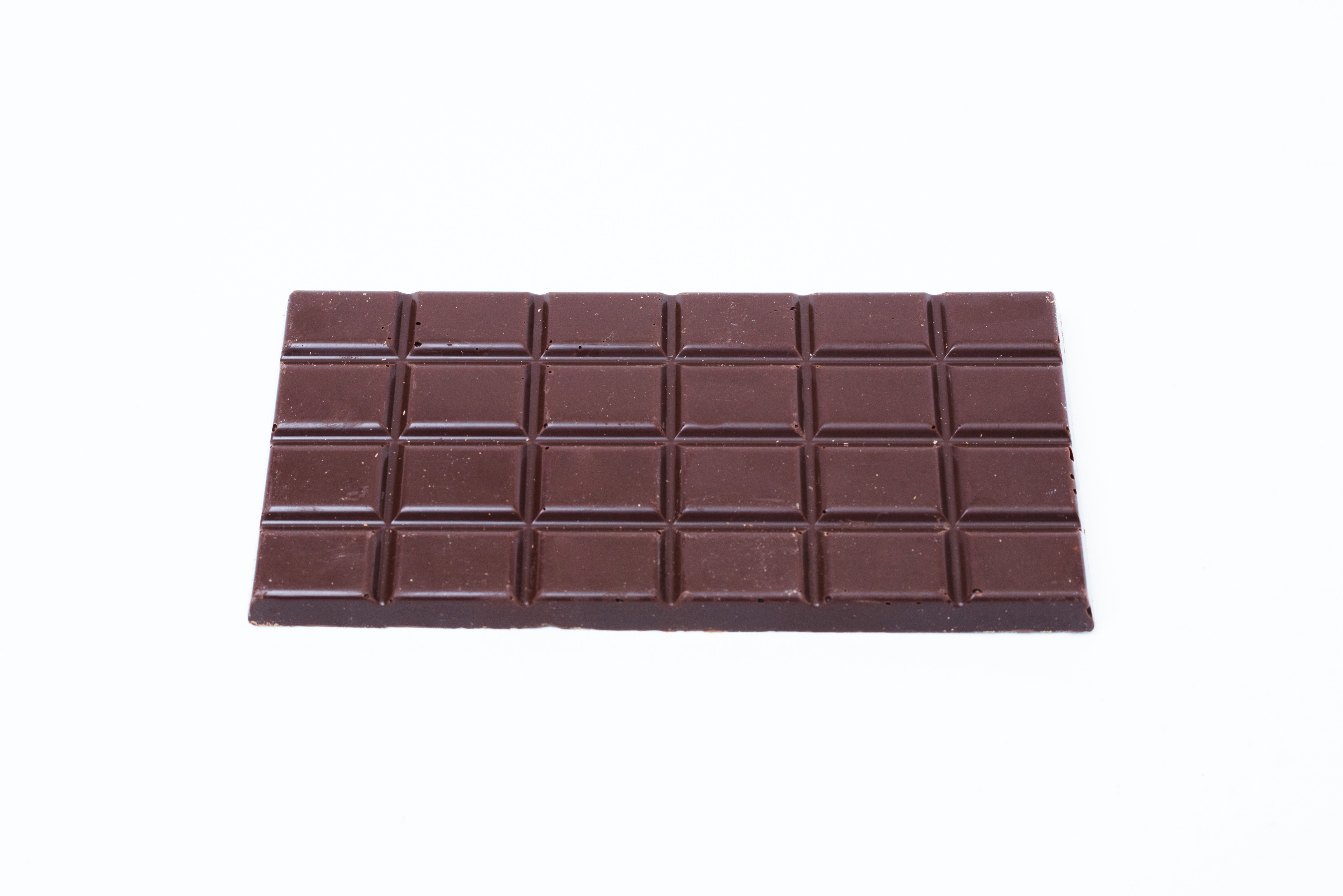 Chocolate (85% cocoa solids) is a Green food. Green foods are safe to eat as a regular part of a diet.

Sweet-tasting foods were a rarity in our ancestral diet. Consumption of any of these items should be restrained. The various sweetnesses available to us today fall into three main categories: High-glycemic sugars, low-glycemic sugars, and intense (artificial) sweeteners. ~Paleo in a Nutshell p.75

We have seen how most sugars— e.g., the high-glycemic ones such as table sugar— and most confectionary are harmful for us. They must be ruthlessly removed from the diet. More surprising for many of you is that the "natural" sugars, honey and maple syrup, are to be treated with caution. Some dried fruits have high sugar content and are highly glycemic; for example, dried figs, dried dates, sultanas, and dried apricots. They should be avoided. ~Paleo in a Nutshell p.75

Almost all confectionary (candy) is high in sugar and you should avoid it. ~Paleo in a Nutshell p.77

Cocoa powder is low-glycemic. Chocolate that is made with a high percentage of cocoa solids (and therefore little sugar) is low-glycemic. Generally, if "cocoa solids" comes before sugar on the ingredients list, it is probably acceptable to eat. In the raw, natural state, cocoa is rich in the micronutrients known as flavanols. These flavonols are much vaunted for benefits such as reducing Alzheimer's risk, LDL oxidation, and inflammation. ~Paleo in a Nutshell p.77

in the vast majority of cocoa and chocolate products, the flavanols are destroyed during the roasting, fermenting, and processing of the cocoa beans. So, unless the product carries a credible flavonol claim, just eat very dark chocolate for the pleasure, not in the mistaken belief it will do you good, too! ~Paleo in a Nutshell p.77

For a snack before bedtime, if there has been a sufficient gap after the last meal, eat a low-glycemic fruit (as much as you like). If not, try 1 oz of nuts. Avoid bad carbohydrates this late in the day— they provoke a hormonal reaction that disturbs sleep and interferes with the body's nighttime repair processes. If you fancy it, have a mug of cocoa or about .75 oz of dark chocolate (made up of at least 75 percent cocoa solids). ~Paleo in a Nutshell p.89

Chocolate which is made with a high percentage of cocoa solids (and therefore little sugar) is low glycemic and contains many useful micronutrients; it can be consumed in restrained quantities. ~Deadly Harvest p.154

cocoa powder is low glycemic. Moreover it is a "Green" plant food, rich in a wide range of antioxidants and other micronutrients. If cocoa is combined with "safe" ingredients, it can make an excellent chocolate. The dark, bitter chocolate made with a minimum of 75% cocoa solids is low glycemic. Read the fine print— if "cocoa solids" come before sugar on the list, then this is probably acceptable. Really good varieties will have the exact percentage of cocoa indicated. You can eat this kind of chocolate safely at the end of a meal, but discipline yourself to eat just a couple of squares (about 1 ounce). Some enterprising makers of diabetic chocolate (sweetened with "Green-Amber" sugar alcohols) have rebranded their chocolate as a "low -carb" or "diet" chocolate; these are fine in moderation. ~Deadly Harvest p.168